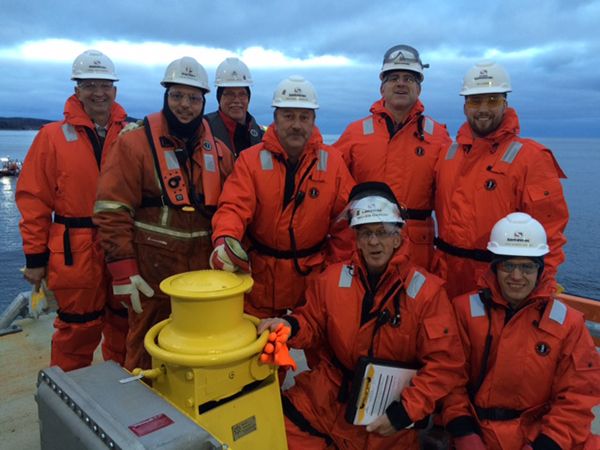 On Thursday, November 24th, the Somavrac team waited for the arrival of the Algoma Mariner, the first vessel to reach the Ciment McInnis Marine Terminal. The unloading of the cargo and the maritime terminal management are undertaken by Somavrac. Around 4:00 pm, the bulk car︀rier reached the Port-Daniel Gascons cement plant terminal with 19,000 metric tons of gypsum from Halifax. Gypsum is one of the raw materials used in the manufacture of cement, especially for regulating its properties, such as setting and hardening times.

“We are very satisfied with the workflow. A few adjustments will have to be made to the unloading pace, but it is normal in the context that this is the first time doing this operation at Ciment McInnis “

“The Algoma Mariner, a new Algoma self-unloader bulk carrier, is classified by Lloyds Register for the Great Lakes, St. Lawrence River and Coastal Services. The vessel was built at the Chengxi Shipyard in China in accordance with Canadian and SOLAS”¹